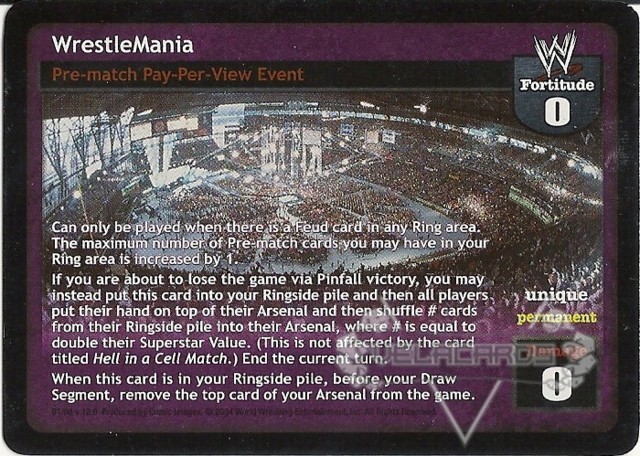 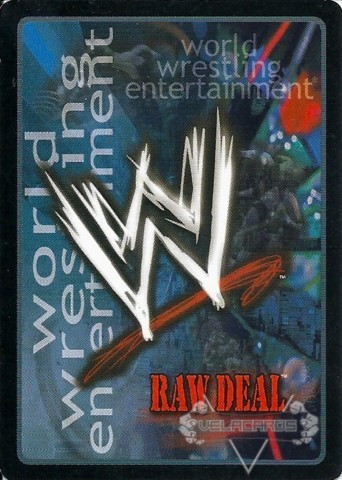 Can only be played when there is a Feud card in any Ring area.

The maximum number of Pre-match cards you may have in your Ring area is increased by 1.

If you are about to lose the game via Pinfall victory, you may instead put this card into your Ringside pile and then all players put their hand on top of their Arsenal and then shuffle # cards from their Ringside pile into their Arsenal, where # is equal to double their Superstar Value. (This is not affected by the card titled Hell in a Cell Match.) End the current turn.

When this card is in your Ringside pile, before your Draw Segment, remove the top card of your Arsenal from the game.